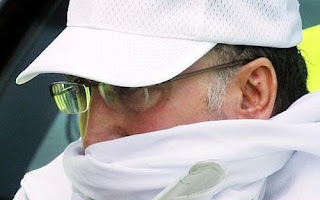 We now know the Lockerbie bomber may live another ten years, in spite of being released on the humanitarianism fiction he had only three months to live. Where did the British get the idea for this farce? They may have gotten it from the Obama administration. Politics UK is reporting, deputy head of the US Embassy in London Richard LeBaron, sent the following letter to to Alex Salmond, Scottish first minister.

It read: "If Scottish authorities come to the conclusion that Megrahi must be released from custody, the US position is that conditional release on compassionate grounds would be a far preferable alternative to prisoner transfer."

This is a slap in the face of victims families.
Posted by Bluegrass Pundit at 2:41:00 PM

I have read the release was about an oil deal, not an illness.