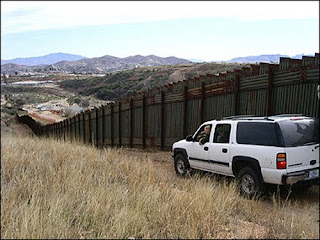 A Republican Hispanic group is opposing the Department of Justice’s lawsuit against the state of Arizona’s new immigration law. We have to wonder what kind of names they will be called by the left.

The Arizona Latino Republican Association will become the first Hispanic organization in the country to actively oppose the Department of Justice’s lawsuit against the state of Arizona’s new immigration law.

Larry Klayman, founder of Freedom Watch, Inc., said he will be joined by ALRA Chairman Jesse Hernandez and members of the Phoenix Law Enforcement Association at an announcement Thursday morning in Phoenix.

ALRA will become the first group of Latino Americans to “put a foot forward legally” in support of S.B. 1070 by filing a motion to intervene against the Justice Department’s lawsuit challenging Arizona’s immigration policy, Klayman said.

“This is a way to tell the country that, ‘Hey, we’re Americans too and we believe in the rule of law,” Klayman told Foxnews.com. “It’s a way to say, ‘We got here legally and we contributed a great deal. We want the rest of the country to recognize that we’re with you’ [in the national immigration debate].”