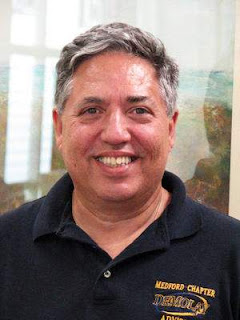 Democrat Rep. John Adler is locked in a hotly contested race with Republican Jon Runyan for the NJ-3 congressional seat. The Adler released a highly questionable poll showing their candidate up by 17% over his GOP challenger. Questionable internal campaign polls aren't surprising. What shocked local political aficionados was the 12% to Independent Tea Party Candidate Peter DeStefano. No one had ever heard of him. DeStefano had no online campaign presence until after his name surfaced in an internal poll released by Rep. Adler. He had his name placed on the ballot by getting 237 signatures on a petition. He is running to the right of Republican Jon Runyan. The founder of the local Tea Party has no idea who Peter DeStefano is.

The tri-county West Jersey Tea Party said Peter DeStefano, who is running on the NJ Tea Party line this fall, was not representative of the movement.

"Peter DeStefano is not, and I emphasize, not a Tea Party candidate, by any stretch," said William Haney, the group's founder.

Haney is the founder of the Burlington County Tea Party, which changed its name to West Jersey to reflect the expansion of the group.

Aside from DeStefano's sudden appearance on the ballot and in Adler's poll, there are some other strange things about him. DeStefano is as critical of Runyan as he is of Adler. Strangely, he changed his voter registration from Republican to Democrat earlier this year before settling on Unaffiliated shortly before filing his petition. That is very strange for someone running on the right of the GOP as Tea Party candidate.

But his party registrations are only fuel on the smoldering fire as they show a switch to Democrat in April after more than a decade as a member of the GOP. In June, just five days before the primary that he says set him on his course, he switched his registration again, this time to unaffiliated.

Even stranger is the fact many of the signatures on his petition are longtime Adler supporters and Democratic activists.

Republicans said it was troubling that longtime allies and donors to Adler had signed DeStefano’s petition. They include Marshall Spevak, who has worked for the Camden County Democratic Committee, pollster Greenberg Quinlan Rosner, Adler’s 2008 congressional campaign, and Adler’s state Senate office. He works on the campaign of Chris Coons, a Democrat running for the U.S. Senate in Delaware.

sked through a Facebook message last Thursday about his signature on the petition, Spevak wrote: “Yes, I signed that petition. I did so with regret because I was very disappointed in the Congressman’s (Adler’s) vote on health care.”