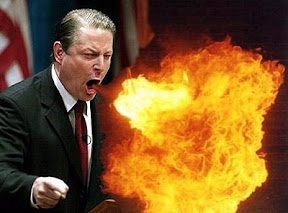 One thing is certain. If Harry Reid doesn't have the votes now, he will have less in 2011.

Senate Democrats pulled the plug on climate legislation Thursday, pushing the issue off into an uncertain future ahead of midterm elections where President Barack Obama’s party is girding for a drubbing.

Rather than a long-awaited measure capping greenhouse gases — or even a more limited bill directed only at electric utilities — Senate Majority Leader Harry Reid (D-Nev.) will move forward next week on a bipartisan energy-only bill that responds to the Gulf of Mexico oil spill and contains other more popular energy items.

“It’s easy to count to 60,” Reid said. “I could do it by the time I was in eighth grade. My point is this, we know where we are. We know we don’t have the votes [for a bill capping emissions]. This is a step forward.”