Rangel Tries to Get Out of Ethics Charges by Having an Unethical Meeting? 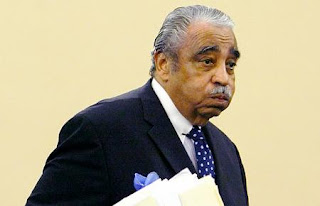 There are allegations Charlie Rangel's attorney met privately with Democrats without a Republican from the Ethic Committee present. This could torpedo any hope Rangel has for a deal. At least one Republican has to agree and in the now heightened partisan atmosphere, that is unlikely to happen.

Rep. Charles Rangel’s chances of cutting an ethics deal are in jeopardy over allegations that he met privately with Ethics Committee Chairwoman Zoe Lofgren (D-Calif.) Monday night without any Republican members of the bipartisan panel present.