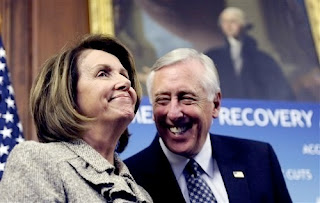 In October 2006, Nancy Pelosi promised to "drain the swamp" she claimed Washington had become. Of course, that was a Republican swamp. Pelosi has certainly failed to keep her promise since Democrats have gained control of the House. Now, her right arm, Steny Hoyer, wants nothing to do with the claim.

Pelosi famously vowed in 2006 to “drain the swamp” that ensnared Republican members and their leaders during the George W. Bush administration.

During his weekly press conference on Tuesday, Hoyer clarified that he has never used that phrase.