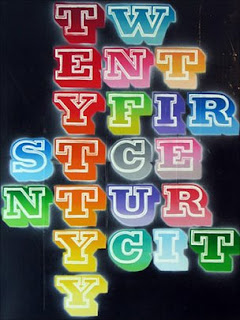 President Barack Obama's gave a set of DVDs to former British Prime Minister Gordon Brown. Then, he gave queen Elizabeth an iPod containing his speeches. The British are now getting even. UK Prime Minister David Cameron has returned Obama's crassness by giving him Graffiti art.

A painting by a graffiti artist was among the official gifts to Barack Obama from David Cameron on his first trip to Washington as prime minister.

The work, Twenty First Century City, is by Ben Eine, said to be one of the PM's wife Samantha's favourite artists.

The 39-year-old artist recently sprayed the entire alphabet on shop shutters in a London street.