Government Motors Denies the Volt is a Flop 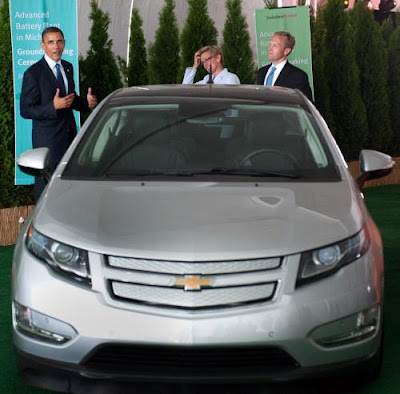 It may be too early to tell is the Volt is a flop, but it isn't living up to it's billing as the car that was going to save GM.

Continued negative press — not to mention post-crash-test fires and production-line upgrades — conspired to produce first-year sales figures a little lower than GM had hoped.
Does that mean the Chevrolet Volt is a sales flop? According to GM’s Vice Chairman Steve Girsky, it’s too early to tell.

Speaking at the Automotive News World Congress event on Tuesday evening at the 2012 Detroit Auto Show, Girsky was keen to point out that while the Chevrolet Volt missed its 10,000 car sales target for 2011 by 2,329 vehicles, it didn’t mean the Volt was a flop.

“I think it’ll be May or June before we know whether this thing really has legs,” he said. “We are prepared for if it does.”