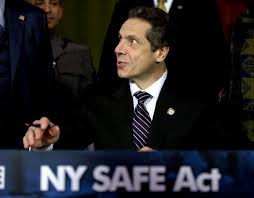 
The ban on having high-capacity magazines, as it's written, would also include law enforcement officers.

Magazines with more than seven rounds will be illegal under the new law when that part takes effect in March.

As the statute is currently written, it does not exempt law enforcement officers.