Hollywood moonbat Danny Glover: The Second Amendment was about slavery and stealing Indian land or something... 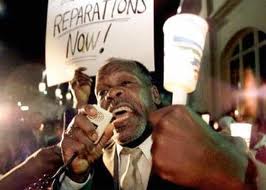 The second Amendment was a reaction to the fight against tyrant King George in the Revolutionary war. If we had no weapons, we would have lost.


The Constitution’s Second Amendment was created to bolster slavery and capture land from Native Americans, award winning actor Danny Glover told a group of students at a Texas A&M sponsored event on Thursday.

“I don’t know if you know the genesis of the right to bear arms,” he said. “The Second Amendment comes from the right to protect themselves from slave revolts, and from uprisings by Native Americans.”

Director of Texas A&M’s Memorial Student Center, Luke Altendorf, told Campus Reform on Friday that the university was unaware of Glover’ talking points prior to his speech.