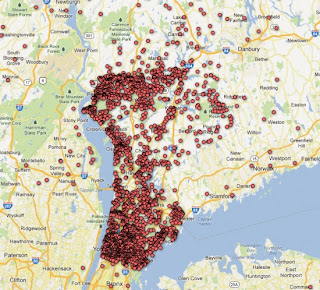 Maybe they will fire their armed guards next...


Ed Tagliaferri, the executive vice president of DKC Media, forwards this statement from Janet Hasson, Publisher of the Journal News, the New York state-based newspaper that published the “gun map” featuring the names and addresses of gun owners in Westchester and Rockland counties:

“With the passage this week of the NYSAFE gun law, which allows permit holders to request their names and addresses be removed from the public record, we decided to remove the gun permit data from lohud.com at 5 pm today.

While the new law does not require us to remove the data, we believe that doing so complies with its spirit. [...]