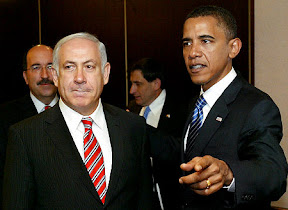 
Israeli Prime Minister Benjamin Netanyahu’s Likud Party emerged as the largest faction in a hotly contested parliamentary election on Tuesday, positioning the hard-liner to serve a new term as prime minister, according to exit polls. But a lackluster performance by Likud, along with surprising gains by a centrist newcomer, raised the strong possibility that he will be forced to form a broad coalition.

The exit polls aired on Israel’s three major TV stations all forecast Likud along with its traditional hardline and religious allies, capturing a shaky majority of just 61 or 62 seats in the 120-member parliament. With official results trickling in throughout the night, it was possible that the two sides could end in deadlock.

In a statement posted on his Facebook page, Netanyahu said he would reach across the aisle and try to form a broad-based coalition.