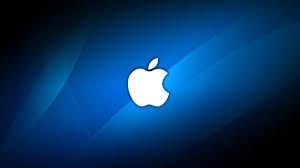 Apples stock has plummeted over 30% recently. There is fear the company has lost it's mojo after the death of Steve Jobs. Adding to thier misery is the news they are using child labor in China.


Apple has discovered multiple cases of child labour in its supply chain, including one Chinese company that employed 74 children under the age of 16, in the latest controversy over the technology giant's manufacturing methods.

An internal audit found a flipside to the western consumer's insatiable thirst for innovative and competitively priced gadgets. It uncovered 106 cases of underage labour being used at Apple suppliers last year and 70 cases historically. The report follows a series of worker suicides over working conditions at Foxconn, the Taiwanese company that assembles must-have products such as the iPad and iPhone, and lethal explosions at other plants.

Apple's annual supplier report – which monitors nearly 400 suppliers – found that children were employed at 11 factories involved in making its products. A number of them had been recruited using forged identity papers.