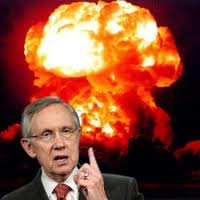 
Senate Majority Leader Harry Reid (D-Nev.) is giving Republican colleagues 36 hours to agree to a deal on filibuster reform or he will move forward with the nuclear option.

“I hope in the next 24, 36 hours we can get something we agree on. If not, we’re going to move forward on what I think needs to be done,” Reid told reporters.