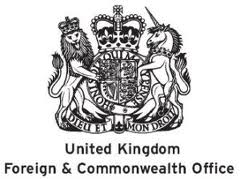 The Jews must be much more evil than the Mullahs or something...


The British Foreign Office included Israel as “a country of concern” in a report on human rights violators.

Israel appeared on a list in a quarterly report on human rights and democracy issued Thursday by the foreign office of 28 countries accused of perpetrating human rights violations.

The report cites the Gaza war of last year and other recent violence on the joint border, Israeli settlement expansion and Israel’s withholding of Palestinian tax revenues.
It also criticized the Palestinian Authority for not effectively controlling protests, but said that Israel also was culpable for withholding the money used to pay Palestinian police.
The part of the report on human rights violations in Iran was half as long as the part about Israel, according to the European Jewish Press.