Top Democrats ask Obama to stand down on his own immigration bill... 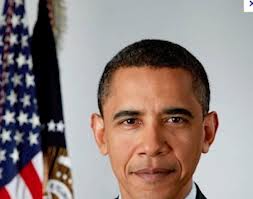 Democrats are afraid a partisan Obama bill will destroy the  delicate bipartisan talks.

This is significant for several reasons.

First, because the White House has been telling senators and advocates that they are writing their own immigration bill, in legislative language. It is incredibly rare for the White House to write its own bill.

Second – Democrats urging the president not to release a bill illustrates how polarizing the immigration issue remains – especially for Republicans who fear that signing onto any legislation that could be seen as authored by the president could invite primary challenges for Republicans.

Obama isn't one to miss a partisan fight if he can create one.


The Obama administration has developed its own proposals for immigration reform that are more liberal than a separate bipartisan effort in the Senate, including a quicker path to citizenship for illegal immigrants, people with knowledge of the proposals said.

President Obama is expected to provide some details of the White House plans during a Tuesday appearance in Las Vegas, where he will call for sweeping changes to the nation’s immigration laws. The speech kicks off a public push by the administration in support of the broadest overhaul of immigration law in nearly three decades.