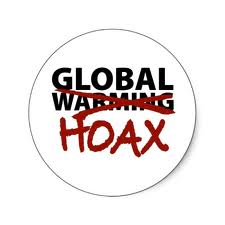 The whole green/global warming hoax is about money. The idea is to use environmental fears to redistribute the developed nations wealth as part of a liberal social justice scheme.


An unprecedented $14trn (£8.8trn) greening of the global economy is the only way to ensure long-term sustainable growth, according to a stark warning delivered to political and business leaders as they descended on the World Economic Forum in Davos yesterday.

Only a sustained and dramatic shift to infrastructure and industrial practices using low-carbon technology can save the world and its economy from devastating global warming, according to a Davos-commissioned alliance led by the former Mexican President, Felipe Calderon, in the most dramatic call so far to fight climate change on business grounds.

This includes everything from power generation, transport, and buildings to industry, forestry, water and agriculture, according to the Green Growth Action Alliance, created at last year's Davos meeting in Mexico.

The extra spending amounts to roughly $700bn a year until 2030 and would provide a much-needed economic stimulus as well as reduce the costs associated with global warming further down the line, said Mr Calderon, who leads the alliance.

You write very clearly on legal issues, let me invite you to participate in a community of Attorney Forum on Attorney-Online.info I suppose, than your contribution to this community will be very valuable. You also can publish there articles, news and blog posts. One more important thing: every US lawyer can submit contacts to Attorney Directory without any charge.