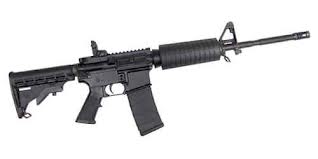 Who would you trust more with a modern firearm? Some government official or your friends, family and neighbors?


Her bill seeks to reinstate and expand the ban on assault weapons that was first enacted in 1994, but which lapsed in 2004.

It would prohibit semiautomatic pistols that can accept a detachable magazine and have at least one military feature, such as a pistol grip or telescoping. Purchasing the AR-15 Bushmaster rifle, which was used by the shooter in Newtown, would be illegal under the ban.

It would also ban ammunition magazines that hold more than 10 rounds.

excludes gvt officials-
Why am I not surprised-
Carol-CS