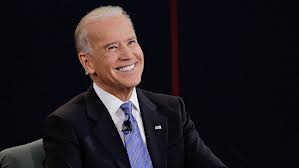 Shamefully, VP Joe Biden lies about his experience of a school massacre...


Vice President Joseph R. Biden’s claim that he heard the gunshots of a 2006 school massacre while playing golf is raising questions about his veracity or his memory.
Mr. Biden told a meeting of mayors in Washington Thursday that he was about a quarter-mile away from an Amish schoolhouse on Oct. 2, 2006, when a gunman shot and killed five students and wounded five others.

“I happened to be literally — probably, it turned out, to be a quarter of a mile [away] at an outing when I heard gunshots in the woods,” Mr. Biden recounted. “We didn’t know … we thought they were hunters.”

But a search of maps of the area in Lancaster County, Pa., shows the nearest golf course to the site of the shooting, Moccasin Run Golf Club, is about five miles away. Rodney King, the golf pro at Moccasin Run, said Friday he was working at the course on the day of the shooting and never saw Mr. Biden, who was then a U.S. senator.

“There’s a lot of things here that I find hard to believe,” Mr. King said. “I looked in my database, and he [Mr. Biden] is not in my database.”

Even if Mr. Biden had played at the course that day, Mr. King said, “It’s very far-fetched that he would have heard it.”

“I know he didn’t hear those gunshots,” Mr. King said. “They were inside the school. Even if they were outside, he wouldn’t have heard them.”

A spokeswoman for the vice president did not return a request seeking comment Friday. Mr. Biden told the story as he was describing for the mayors’ group the Obama administration’s efforts to enact new gun-control laws.