Somebody is happy about Obama's gun ban plans...It's the Communist Party USA... 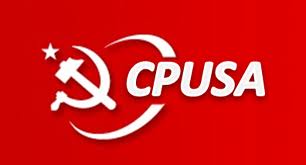 
It should come as no surprise that the Communist Party USA is on board with President Obama’s plan to attack Americans’ right to keep and bear arms as a means to “end gun violence.” A cardinal feature of communist regimes, like all dictatorships, is the prohibition of private ownership of arms, creating a monopoly of force in the hands of the State.

In a January 18 article, People’s World, an official publication of the Communist Party USA (CPUSA), declared that “the ability to live free from the fear or threat of gun violence is a fundamental democratic right — one that far supercedes any so-called personal gun rights allegedly contained in the Second Amendment.”

The article, entitled, “Fight to end gun violence is key to defending democracy,” written by People’s World labor and politics reporter Rick Nagin, claims that “the right-wing extremists opposing all efforts to curb gun violence are the same forces that rallied behind Republican presidential candidate Mitt Romney, hoping to undermine every other democratic right as well as the living standards of workers and ordinary Americans.”