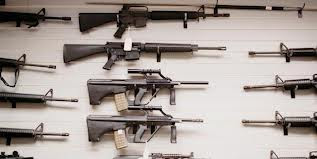 
On February 22, "Right Views" reported that a growing number firearm companies have suspended the sale of guns to states, counties, cities and municipalities that restrict their citizens' rights to own them.

In just two weeks, the number of companies participating in what has been named the "Firearms Equality Movement," has more than tripled from 34 companies to 118.

The Police Loophole lists every company and links to the statements that each has released regarding their new policies.