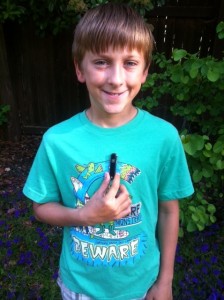 I would have flunked the students who didn't bring a knife on a camping trip...


A 10-year-old California boy was suspended and threatened with expulsion after he brought a Swiss Army Knife on a week-long school school camping trip.

Tony Bandermann told Fox News that his son Braden was on a science camping trip with his class at Garden Gate Elementary School in Cupertino, Calif.

According to a school incident report, the boy showed the small knife to other students who then reported him to teachers. The incident report stated that law enforcement was also notified. However, no charges were filed.

Bandermann, who was out-of-town on a business trip, said he received a telephone call from the school’s principal informing him that his son had violated the school’s weapons policy. The punishment, she told him, must be immediate and severe.