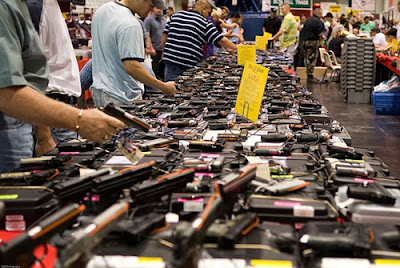 Joe Biden claims they are two votes short. I think that is optimistic. The power of political deal-making bribery is powerful stuff and they may come up with the votes at the end of the day. The good news is if it is this hard to get through the Senate, how can it even get out of committee in the House?


(Yahoo News) — Vice President Joe Biden told a former congressional aide Tuesday during a visit to the Capitol building that the Senate was just two votes short of reaching the 60-vote threshold needed to pass a gun reform bill through the chamber.

After a speech honoring Gabriel Zimmerman, who was killed in the 2011 mass shooting in Tucson, Ariz., that severely injured his boss, former Arizona Rep. Gabrielle Giffords, Biden told former Giffords aide Pam Simon that the bill would pass and that two votes were needed.

“We will win,” Biden told Simon, who survived a gunshot wound in the shooting.
When asked about his comments, Biden told reporters that the vote count on the gun bill was “fluid.”

“We are working to get to 60, and it’s fluid,” Biden said. “I think we’re there, but it’s not unusual as you all know for people to make up their minds at the last minute.”

The sad truth is this bill would not have prevented the Sandy Hook massacre. It is understandable people want to see something done, but this is the wrong thing. It is a backdoor tax on gun buyers and a restriction of our Second Amendment rights.  Can you imagine a law requiring people to pay for a background check before they exercised their First Amendme4nt right to mouth off on the Internet? Speech kills too.

Update: Demos fall short.
Posted by Bluegrass Pundit at 5:51:00 AM