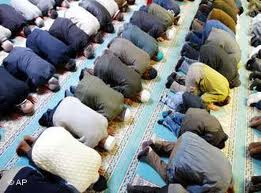 Is anyone with to brain cells to rub together surprised?


TORONTO (AP) — An aunt of the Boston Marathon bombing suspects said Friday the older brother recently became a devout Muslim who prayed five times a day, and she doesn't believe the brothers could have been involved in Monday's attack.

Tamerlan Tsarnaev had married and had a 3-year-old daughter in the U.S., Maret Tsarnaeva told reporters in Toronto.