Report: Boston Bomber Tamerlan Tsarnaev Unhappy With America Because "They Shouldn’t Be In Muslim Countries”… 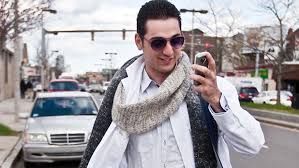 Barack Obama and the mainstream media are still struggling to determine what the motive could be...


He was as American as apple pie, a handsome Golden Gloves boxer who wore preppy sweaters, married his high-school sweetheart and tooled around the family’s quaint Boston neighborhood in a Mercedes.

“He said in Russian, ‘I don’t like what America is doing,’ ” a Latvian neighbor told The Post yesterday, recalling a chat he had with the Boston bombing suspect, who was killed early yesterday in a shootout with police in Watertown, Mass.