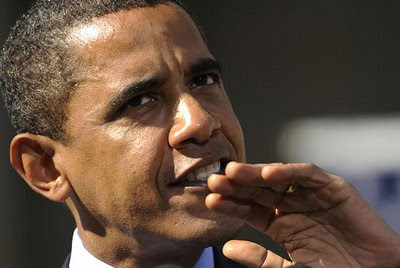 Will African-Americans finally get buyers remorse for voting 98% for Barack Obama?

WASHINGTON, April 23, 2013 /PRNewswire via COMTEX/ -- On Wednesday morning, April 24 at 9am, the African American Leadership Council will host a press conference at the National Press Club in Washington, DC, to oppose the Senate Gang of Eight's 844-page plus, immigration bill.

During the conference, the Council will call on the Congressional Black Caucus (CBC), to protect black labor by opposing amnesty and halting efforts to double legal immigration levels, as required under the bill.

Many black leaders have recognized the harm caused by large increases in immigration as the Senate bill entails. As the U.S. Commission on Civil Rights recently reported, illegal immigration to the United States in recent decades has "depress[ed] both wages and employment rates for low-skilled American citizens, a disproportionate number of whom are black men."

I enjoy what you guys tend to be up too. This type of clever work and coverage!
Keep up the good works guys I've added you guys to my blogroll.