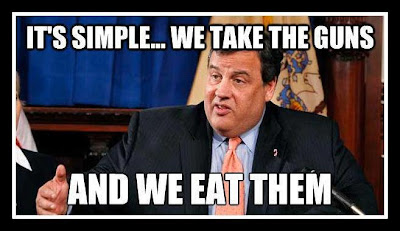 And to think, I used to like this guy...


Gov. Chris Christie unveiled gun control and violence prevention measures that are as comprehensive as they are ambitious.

Christie acknowledges there is no way to prevent all violence in our society, but he says it is the job of government to question, to scrutinize and to demand more in an attempt to address the problem.