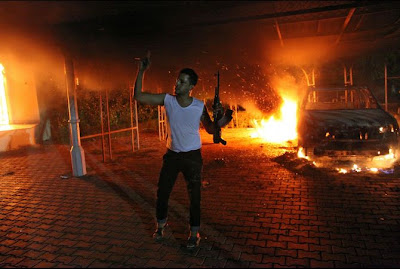 There is something very wrong here and the fish rots from the head...


At least four career officials at the State Department and the Central Intelligence Agency have retained lawyers or are in the process of doing so, as they prepare to provide sensitive information about the Benghazi attacks to Congress, Fox News has learned.
Victoria Toensing, a former Justice Department official and Republican counsel to the Senate Intelligence Committee, is now representing one of the State Department employees. She told Fox News her client and some of the others, who consider themselves whistle-blowers, have been threatened by unnamed Obama administration officials.

“I’m not talking generally, I’m talking specifically about Benghazi – that people have been threatened,” Toensing said in an interview Monday. “And not just the State Department. People have been threatened at the CIA.”
Toensing declined to name her client. She also refused to say whether the individual was on the ground in Benghazi on the night of Sept. 11, 2012, when terrorist attacks on two U.S. installations in the Libyan city killed four Americans, including U.S. Ambassador to Libya Chris Stevens.[...]

“It’s frightening, and they’re doing some very despicable threats to people,” she said. “Not ‘we’re going to kill you,’ or not ‘we’re going to prosecute you tomorrow,’ but they’re taking career people and making them well aware that their careers will be over [if they cooperate with congressional investigators].”