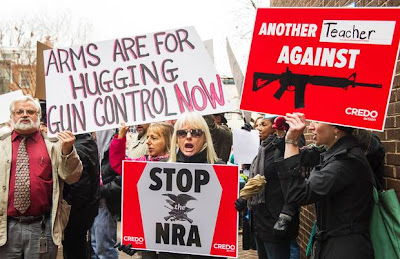 This is both amusing and sad because there is an element of truth to the claim.


The gun control groups central to Obama’s push never lost faith in the White House and praised its efforts even as it was clear the push would fail.

“Bribery isn’t what it once was,” said an official with one of the major gun-control groups. “The government has no money. Once upon a time you would throw somebody a post office or a research facility in times like this. Frankly, there’s not a lot of leverage.”