Karma: Boston bomber Tamerlan Tsarnaev may have been killed when his younger brother drove over him with a car... 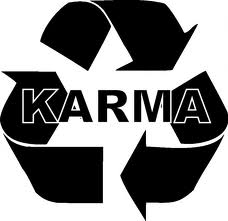 
The police chief of the Watertown police department shares amazing new details of the chase for the Boston bombings suspects from Thursday night into Friday evening.
The police chief, Edward Deveau, describes how cops nearly apprehended the older suspect, and were placing handcuffs on him in the middle of the street Thursday night, when the younger suspect came at officers in a carjacked SUV. The cops were able “to dive out of the way,” and the younger suspect then continued to drive directly over his brother and dragging him through the street. That’s how the older suspect died, according to the police chief.