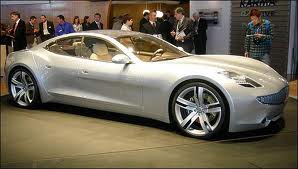 In a double-slap of American taxpayers, Fisker made their cars in Finland...


Luxury hybrid car maker Fisker Automotive has spent $660,000 in taxpayer dollars and venture capital funds for each car it sold — totalling $1.3 billion, according to a report. The company’s Fisker Karma sold for about $103,000 per vehicle, meaning the company took a hit of $557,000 every time it sold its product.

The company was also allowed to continue to draw down on a $529 million Department of Energy loan after violating the loan’s term multiple times, according to a report by the New York-based research firm PrivCo.

According to the report, the Department of energy knew that Fisker was not meeting goal required to keep receiving taxpayer dollars. The DOE cut off funding to the company in June 2011, allowing taxpayers to lose $193 million.