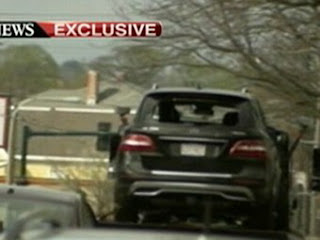 Meanwhile, liberals and the mainstream media are still searching for a motive...


The only reason the carjacking victim in the hunt for Boston Marathon bombing suspects Tamerlan and Dzhokhar Tsarnaev wasn’t killed was that he wasn’t an American, several media outlets have reported.

The victim made those statements to police, the Wall Street Journal reported.

Specifically, the report stated: The victim told police he was forced to drive the brothers in his Mercedes sport utility vehicle to a Shell gas station in Watertown, Mass. During the drive, the brothers “declared to [the victim] that they were the Boston Marathon bombers and would not kill him because he wasn’t American,” the Wall Street Journal reported.

The victim, who is unnamed, was carjacked at gunpoint shortly after the killing, allegedly by the Tsarnaev brothers, of a police office at the Massachusetts Institute of Technology late Thursday evening.