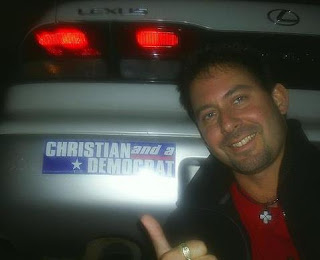 There doesn't seem to be much evidence against him...


The Mississippi man charged with sending ricin-laced letters to President Obama has been released, the U.S. Marshals Service said Tuesday.

Jeff Woodfin, chief deputy with the U.S. Marshals Service in Oxford, Miss., confirmed the release to the Associated Press but said he didn’t know if there were any conditions on the release.

Two sources had earlier confirmed to Fox News that the FBI was looking into the possibility that he might have been framed as part of a grudge against him from someone in his neighborhood. A detention hearing for Paul Kevin Curtis that was scheduled for Tuesday has also been postponed.

The development comes after investigators said they hadn’t found any ricin in his house. Agent Brandon Grant said that a search of Curtis’ vehicle and house in Corinth, Miss., on Friday did not turn up ricin or ingredients for the poison. A search of Curtis’ computers has found no evidence so far that he researched making ricin.