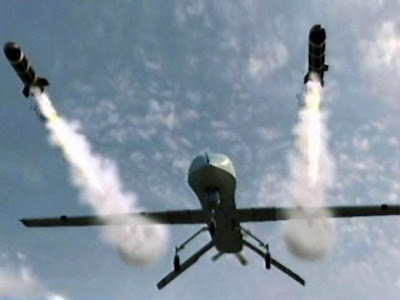 Let's hope this report is accurate...


Abu Ubaydah Abdullah al Adam, a senior al Qaeda leader who serves as the intelligence chief for the terror group, is reported to have been killed in a recent US drone strike in Pakistan’s tribal areas. The report is unconfirmed, and al Qaeda has not issued an official statement regarding al Adam.

Two jihadists, identified as Al Wathiq Billah and Barod, posted on Twitter on April 20 that al Adam was killed in a US drone strike in North Waziristan, according to the SITE Intelligence Group, which obtained the tweets. Barod “indicated he was killed that day,” according to SITE.

The two jihadists’ claims that al Adam was killed in a drone strike are not official confirmation that he is indeed dead. Al Qaeda has not released an official martyrdom statement announcing his death.