House Democrats: Climate change could drive poor women into prostitution or something... 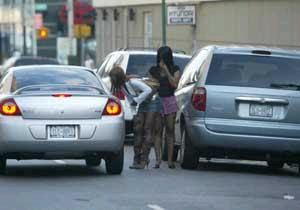 Is there anything liberals won't blame on global warming?


Several House Democrats are calling on Congress to recognize that climate change is hurting women more than men, and could even drive poor women to “transactional sex” for survival.

The resolution, from Rep. Barbara Lee (D-Calif.) and a dozen other Democrats, says the results of climate change include drought and reduced agricultural output. It says these changes can be particularly harmful for women.

“[F]ood insecure women with limited socioeconomic resources may be vulnerable to situations such as sex work, transactional sex, and early marriage that put them at risk for HIV, STIs, unplanned pregnancy, and poor reproductive health,” it says.

Climate change could also add “workload and stresses” on female farmers, which the resolution says produce 60 to 80 percent of the food in developing countries.