Liberal Think Progress: Boxing may have cause the Boston Marathon bombings... 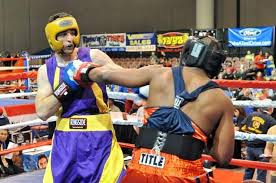 Desperation by the left to blame this massacre on anything besides Islam...


Could the amateur boxing career of Tamerlan Tsarnaev, the deceased suspect in last week’s Boston Marathon bombings, have had a role in the massacre? That’s a question leading brain researchers at Boston University’s School of Medicine hope medical examiners look into when they perform an autopsy of the 26-year-old who was killed during a firefight with law enforcement officials early Friday morning. . . .

Media accounts have chronicled rapid behavioral changes Tsarnaev experienced in his early 20s, and most have attributed those changes to his renewed commitment to Islam. Finding religion led Tsarnaev to give up boxing, alcohol, and smoking, according to the accounts, and he also took a six-month trip to his native Russia, posted radical videos posted on YouTube, and lost the man who was reportedly his best friend in a grisly triple murder in 2011. These are all plausible factors that might help explain his motives, and they’re all worthy of investigation.

But the reasoning behind mass killings like the Marathon bombing, are complex and often hard to understand, and the deaths of the killers themselves during or after the attacks can leave us largely without answers. Knowing that, it’s worth exploring every angle, including the possibility that brain injuries and CTE may have compounded problems Tsarnaev was already experiencing.