CBS/NYT poll doesn't find much support for intervening in Syria... 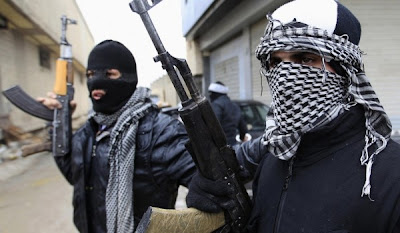 Can you blame them? On one side, we have a despot supported by Iran and Hezbollah. On the other side, we have a collection of rebels aligned with Al Qaeda. We would be lucky if they all killed each other.


A wide majority of Americans do not believe the United States has a responsibility to intervene in Syria, according to the latest CBS News/New York Times poll released Tuesday.

The poll found that 62 percent of Americans do not have a responsibility to get involved in the tense and bloody conflict in Syria — little change from previous findings in the CBS/NYT survey despite the recent announcement from the Obama administration that the regime of Syrian President Bashar al-Assad may have used chemical weapons on the country’s civilian population.

Only 24 percent said the U.S. has a responsibility to intervene, according to the latest CBS/NYT poll.