Keeping it in the family: Tamerlan Tsarnaev mother shows up in federal terrorism database... 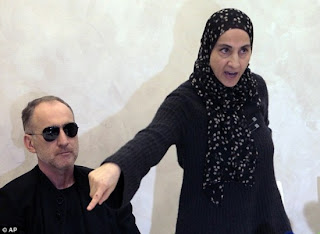 Well, this could explain where the seeds of this terror act were planted...

Officials say this was done after Russia contacted the CIA late in 2011 with concerns that the now-dead suspect, Tamerlan Tsarnaev, and his mother, Zubeidat Tsarnaeva, were religious militants about to travel to Russia. The CIA asked that Tsarnaev and Tsarnaeva be added to a classified intelligence database called TIDE. Being on the database does not automatically mean the U.S. suspects a person of terrorist activity and does not automatically subject a person to surveillance, security screening or travel restrictions.

The officials spoke on condition of anonymity because they were not authorized to speak publicly about the investigation.