Report: Massachusetts has been a hotbed of Jihadist activity for 20 years... 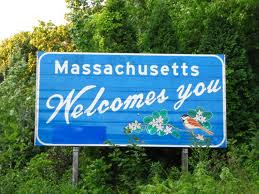 
Muslim extremists with ties to al Qaeda have been using Massachusetts and the city of Boston as a jihadi headquarters since at least 1993, according to a recent report by a top terrorism analyst.

At least 26 residents were found to have ties to al Qaeda, according to the report by the Henry Jackson Society. The activity dates from before the Tsarnaev brothers, radical Muslim immigrants to the United States, were identified as the suspects in the Boston Marathon bombing.

Jihadist activity has taken place in Massachusetts since at least 1993 and includes in-state fundraising for terrorism, “those convicted of planning jihad, and even those who have been killed while fighting abroad,” according to the report by terrorism analyst Robin Simcox.

“The city [of Boston] and state of Massachusetts has a long history of ties to AQ [al Qaeda] and AQ-inspired militancy,” the report states.

“Even prior to last week’s Boston bombing, there had been twenty six individuals with links to Massachusetts connected to AQ [al Qaeda] and AQ-inspired terrorism,” the report states. “Fifteen had lived in Massachusetts, with eleven 9/11 hijackers using the Boston area as a temporary base from which to launch their attacks.”