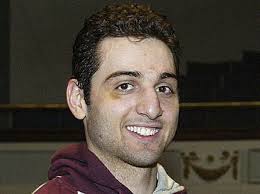 Are all liberals this stupid?

Via The Boston Herald:


The Patrick administration clamped down the lid yesterday on Herald requests for details of Tamerlan Tsarnaev’s government benefits, citing the dead terror mastermind’s right to privacy.

Across the board, state agencies flatly refused to provide information about the taxpayer-funded lifestyle for the 26-year-old man and his brother and accused accomplice Dzhokhar Tsarnaev, 19.

On EBT card status or spending, state welfare spokesman Alec Loftus would only say Tamerlan Tsarnaev, his wife and 3-year-old daughter received benefits that ended in 2012. He declined further comment.