Another moron calls 911 over a McDonald's order 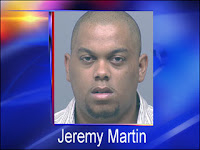 Just when you thought it was safe to return to the golden arches for a Big Mac, a man in Oregon has repeatedly called 911 because he though he didn't get the correct change for his order at the drive-thru window. In march, a Florida woman was arrested for repeatedly calling 911 over a Chicken McNuggets order.

CLACKAMAS, Ore. - A man upset at the way McDonald's employees handled his order was charged after allegedly calling 911 repeatedly on Friday to report the restaurant had robbed him, authorities said.

Jeremy Lloyd Martin, 23, was charged with improper use of the 911 service, the Clackamas County Sheriff's Office said. He was cited at the scene and released.

According to a tape of the 911 calls released by Clackamas County 911, a man initially told a dispatcher that he was at the McDonald's near the intersection of Southeast Sunnyside Road and Southeast 82nd Avenue and needed help. The man said he had paid $10 in the drive-thru but only received a single burger and a fry before he was told to pull around.

"Sir, this is not a police matter," the dispatcher told him. "You need to take it up with the manager of the McDonald's."

But a person who identified himself as Martin called back demanding that dispatchers send a police officer to the scene and threatening to sue.

"This is a 911 emergency," the person said. "I got robbed for eight dollars."