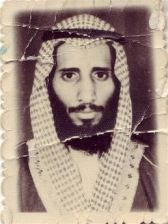 Friday, The Obama administration released Ahmed Zuhair from Guanatanamo Bay’s prison. He will be sent to Saudi Arabia and allegedly rehabilitated. Ahmed Zuhairwas involved in the murder of a US citizen working for the UN in Bosnia in 1995. Hot Air reported:

Yesterday, the Obama administration announced that it had released Ahmed Zuhair from Guanatanamo Bay’s prison and transferred him to Saudi Arabia’s terrorist rehabilitation program. The Los Angeles Times informs its readers why exactly we held Zuhair at Gitmo for as long as we did. Zuhair was involved in the murder of an American working for the UN in Bosnia in 1995:

The detainees were sent back to Saudi Arabia, their home country, where officials will review their cases before sending them to a rehabilitation program. One of them was identified as Ahmed Zuhair, a relatively high profile detainee who, has been protesting his detention since 2005 through a hunger strike and has been force-fed liquid nutrients.

During a hearing in Guantanamo in October 2004, Zuhair was accused of involvement in the 1995 killing in Bosnia-Herzegovina of William Jefferson, a U.S. official with the United Nations. At the tribunal, U.S. officials said Jefferson’s watch was found on Zuhair.

Zuhair also was convicted in absentia by a Bosnian court in a 1997 car bombing in the town of Mostar. He also allegedly told another detainee he was involved in the bombing of the U.S. destroyer Cole in 2000, according to evidence presented at a Guantanamo proceeding.

Actually, Zuhair was cleraed by the Bush admin, not Obama. And it was because the allegations were garbage. http://en.wikipedia.org/wiki/Ahmed_Zuhair#Admission_of_Insufficient_Evidence