Sotomayor isn't that wise or empathetic 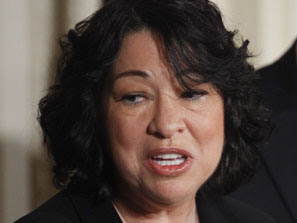 Here is a case of a man wrongly convicted due to prosecutor and judicial errors. The case went through Sotomayors court twice. She failed to help the wrongly convicted man both times. He was cleared by DNA evidence after 16 years in prison.
From Politico:

At age 17, I was wrongfully convicted of murder and rape, despite a negative DNA test and hair found on the body that did not match mine. My conviction was based upon a coerced, false confession, the fabrication of other evidence, prosecutorial misconduct and fraud by the medical examiner. I was cleared 16 years later — almost three years ago — when further DNA testing reaffirmed my innocence while identifying the real perpetrator, who subsequently confessed and was sentenced.

Since my release, I have made it my life’s mission to battle against wrongful convictions in an effort to bring about legislative changes that would minimize the chances of what happened to me happening to someone else.

The Westchester, N.Y., district attorney assigned four experts to study my case and, though the study in some ways was flawed, they did say that the system failed on every level, including judicially. All seven of my appeals were turned down. Two stops along the way were in Sotomayor’s courtroom.