The failure of the stimulus to create jobs, concern over government interference in health care and Obama's lackadaisical attitude toward events in Iran are taking a toll. Analysis is mine. According to Rasmussen, President Obama's Presidential Approval Index is now negative 2. 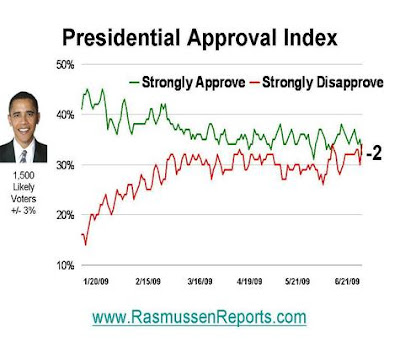