US Prepares to Defend Hawaii From North Korean Attack 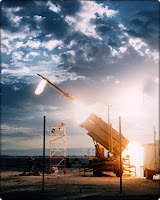 The Obama Administration and the UN have completely failed to have any control or influence on North Korea. The North Koreans are threatening to shoot a long range missile towards Hawaii and they promise a 1000 fold response if we respond. They obviously think President Obama is an inexperienced wimp and the UN is a paper tiger. Earlier this week, President Obama and the UN asked North Korea, "Please let us search your ships". If they refuse, nothing will be done.

The Honolulu Advertiser reported:
Posted by Bluegrass Pundit at 5:59:00 AM