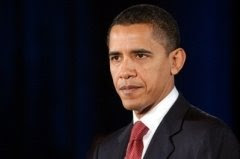 President Obama was very slow to criticize Iran when they were shooting democracy protesters in the streets. However, when it comes to a crony of Obama's friend Hugo Chavez getting ousted, President Obama does not hesitate to speak out.

The U.S. and other countries condemned the coup. President Barack Obama said he was "deeply concerned" and called on all political actors in Honduras to "respect democratic norms." Venezuela President Hugo Chávez, a close ally of Mr. Zelaya and nemesis of the U.S., said he would consider it an ''act of war" if there were hostilities against his diplomats. "I have put the armed forces of Venezuela on alert," Mr. Chávez said.

The Obama administration worked in recent days to prevent President Zelaya’s ouster, a senior U.S. official said. The State Department, in particular, communicated to Honduran officials on the ground that President Obama wouldn’t support any non-democratic transfer of power in the Central American country.

“We had some indication” that a move against Mr. Zelaya was a foot, said a U.S. official briefed on the diplomacy. “We made it clear it was something we didn’t support.”

Secretary of State Hillary Clinton joined Mr. Obama Sunday in criticizing the Honduran coup and calling for the restoration of the democratic process.

The latest information is that this wasn't really a military coup. Honduran President Manuel Zelaya was detained by the military in compliance with a court order. Zelaya was trying to illegally change the Constitution of Honduras so he could be 'President for Life' like his buddy Chavez.
Posted by Bluegrass Pundit at 2:00:00 PM

Wow. Can't win with you, can he? When Obama does the right thing and stays out of the politics of a sovereign nation, you scream. When he speaks out against what they're doing inside their own borders, by complain about that. Are you planning to be happy at any point in the near future?

Yup. Wow. He took a hard line, didn't he? "We made it clear it was something we didn’t support." That's the philosophical equivalent of rolling the tanks down Main Street Tegucigalpa, isn't it?

"Yup. Wow. He took a hard line, didn't he? "We made it clear it was something we didn’t support." That's the philosophical equivalent of rolling the tanks down Main Street Tegucigalpa, isn't it?"

Zelaya is a Chavez crony making an illegal power grab. He should be removed. The military had the backing of the judiciary. That is hardly a coup. http://faustasblog.com/?p=13639

Hey, Zelaya was removed from power before his term was up. Basically ignoring what remnants of the democratic process were in place down there. The White House, without invading the country (kind of a nice change right there) pointed that out. Still without interfering in another country's affairs.

"Hey, Zelaya was removed from power before his term was up. Basically ignoring what remnants of the democratic process were in place down there."

So, if Chavez or Ahmadinejad were somehow removed from power, Obama would complain and support them? They both claim to have been democratically elected.

You mistake the system and the person.

Zelaya was elected. He was removed by the military before his term was up. That's what the WH was complaining about. Meanwhile, though, it's their country. We should stay out of it.

Ahmadinejad got election results he didn't like, and tried to pull a fast one. The people responded. Again, their country.

(Chavez was also elected, by the way.)

How many countries is the US supposed to invade before you'll realize that we can't afford to be the Global Policeman?

"How many countries is the US supposed to invade before you'll realize that we can't afford to be the Global Policeman?"

Where have I suggested we invade anybody? I just want Obama to stop supporting despots. You didn't directly answer my question. Would Obama complain if Chavez and Ahmadinejad were removed from power by a coup? I have very serious doubts about how democratic any elections are in Venezuela and Iran. I don't know as much about Honduras, but Zelaya admits he won the last election with fraud in this video (spanish). http://www.youtube.com/watch?v=Saj_fyfzw34

Here you go again. Big difference between "supporting despots" and "opposing the subversion of the democratic process." One State Department guy makes a statement that "it was something we didn't support," and suddenly we're in collusion with Zelaya?

Now, you want "supporting despots," you actually have to go back to Reagan and his buddies in South America and Africa. That was how you supported a despot.

Oh, I'm sorry. You had a question. Yes, I think that Obama would register just as much outrage. I'd say that he'd probably issue a strongly-worded statement, at the very least.

Were they voted out of office, there wouldn't be a problem (although the recent issues in Iran showed how unlikely that is going to be).

Dude, let's be clear on this. We can't afford to send troops into every hotspot in the world. We can't, in fact, even afford to send them into one. Obama has more pressing issues at home, so he's trying something that Washington hasn't seen in most of a decade: diplomacy.