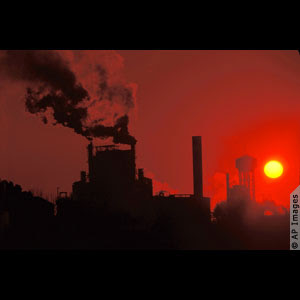 Cap and Trade is a hotly contested proposal before the House Energy and Commerce Committee. Democrats are determined to ram this legislation through by any means necessary. Now, the GOP is threatening an ethics probe over a letter Democrat Rep. Ed Markey (Mass.) sent to regulators demanding an investigation into past statements made by David L. Sokol, CEO of MidAmerican Energy Holding Co. (of which Warren Buffett is the largest stakeholder), and Buffett and actions taken by the company.

In that letter, they explained their complaint that while David L. Sokol, CEO of MidAmerican Energy Holding Co. (of which Warren Buffett is the largest stakeholder), told Markey’s subcommittee panel that his cap-and-trade legislation would be ineffective and expensive, the chairman sent a formal request to regulators for an investigation into past statements made by Sokol and Buffett and actions taken by the company.

“Mr. Sokol and his company became the focus of apparent intimidation when Chairman Markey by letter dated the day of the hearing, asked the Federal Energy Regulatory Commission (FERC) to answer specific questions about investment and transmission-related activist of MidAmerican Energy and its partner, investor Warren Buffett,” they wrote in the letter signed by all GOP members of the committee.