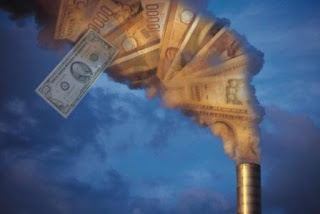 This story combines the folly of two of Obama's main legislative goals into one neat story. President Obama wants to create a national health care system and institute carbon taxes to reduce CO2 emissions. Canada already has both those programs. How is it working out for them? There are complaints about long waits for health care in Canada and hospitals are cutting services to pay their share of the carbon tax. Is this the change you voted for America?
Surrey Leader reported:

The Lower Mainland's health authorities will have to dig more than $4 million a year out of their already stretched budgets to pay B.C.'s carbon tax and offset their carbon footprints.

Critics say the payments mean the government's strategy to fight climate change will further exacerbate a crisis in health funding.

"You have public hospitals cutting services to pay a tax that goes to another 100 per cent government-owned agency," NDP health critic Adrian Dix said.

In London, some hospitals took meat off their menu to reduce their carbon footprint.
Posted by Bluegrass Pundit at 6:31:00 PM