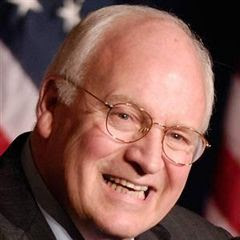 CIA Director Leon Panetta made this outrageous remark for an article in The New Yorker's June 22 issue. He also said that Cheney "smells some blood in the water" on the issue of national security. From AP via Google Hosted News:

Last month the former vice president offered a withering critique of Obama's policies and a defense of the Bush administration on the same day that Obama made a major speech about national security.

Panetta said of Cheney's remarks: "It's almost, a little bit, gallows politics. When you read behind it, it's almost as if he's wishing that this country would be attacked again, in order to make his point. I think that's dangerous politics.