Obama helps out his cronies 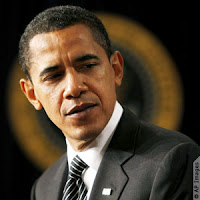 If you are an Inspector General and you are investigating an Obama supporter, you should keep your resume up to date. From Breitbart:

WASHINGTON (AP) - President Barack Obama says he has lost confidence in the inspector general who investigates AmeriCorps and other national service programs and has told Congress he is removing him from the position.
Obama's move follows an investigation by IG Gerald Walpin finding misuse of federal grants by a nonprofit education group led by Sacramento Mayor Kevin Johnson, who is an Obama supporter and former NBA basketball star.

Sen. Charles Grassley wrote Obama a letter pointing to a law requiring that Congress be given the reasons an IG is fired. Obama gave this lame explanation to Congress,

"It is vital that I have the fullest confidence in the appointees serving as inspectors general," Obama said in a letter Thursday to House Speaker Nancy Pelosi and Vice President Joe Biden, who also serves as president of the Senate. "That is no longer the case with regard to this inspector general."